PLEASE NOTE: North Metro Fire will not host a Flag Retirement Ceremony in June 2020 due to COVID-19 restrictions. 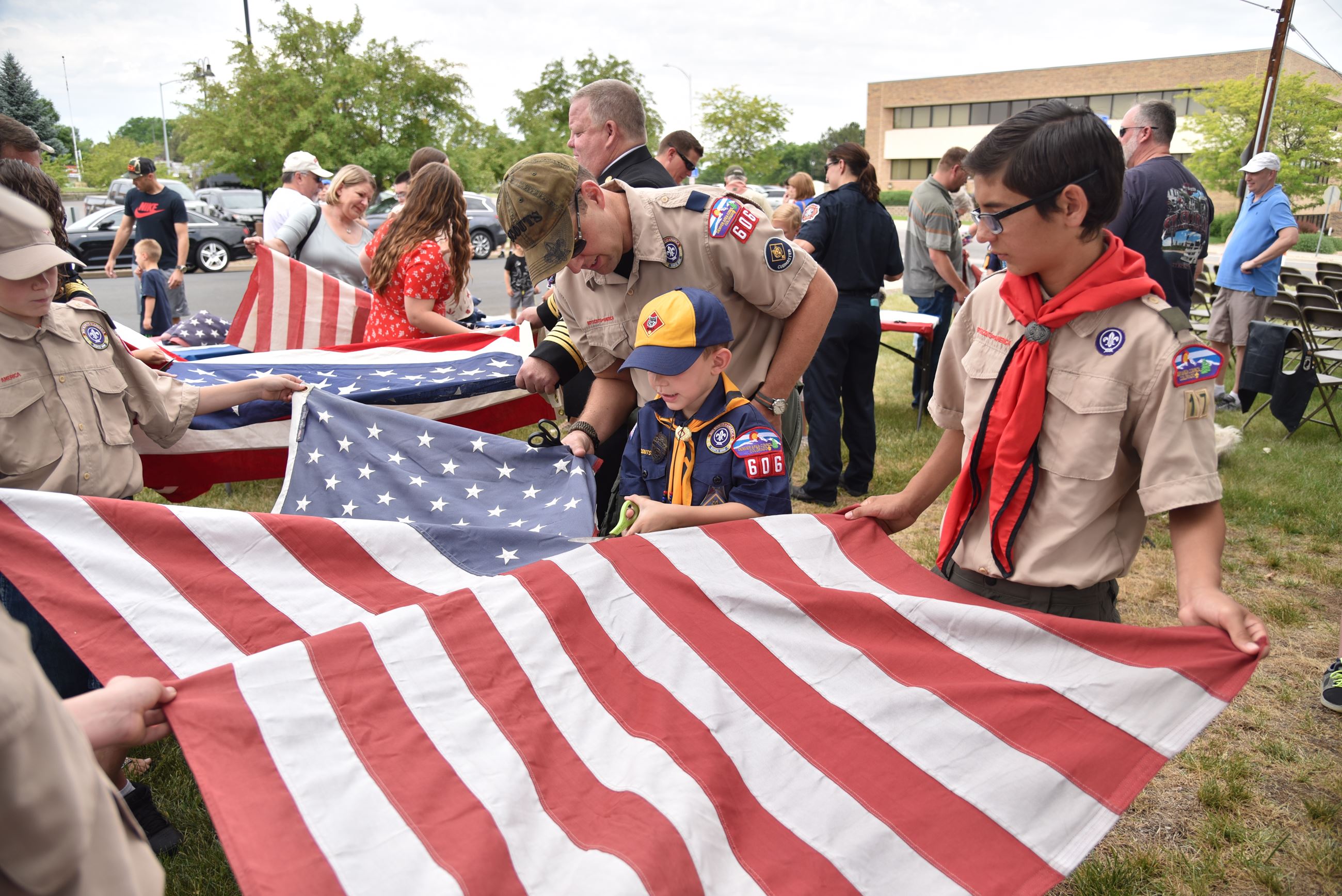 The Flag Retirement Ceremony is typically held at North Metro Fire Station 61 at 1275 Midway Boulevard and includes a police and fire honor guard, representatives from North Metro Fire, the Broomfield Veterans Memorial Museum and local scout troops. Young winners of the “What the American Flag Means to Me” essay contest recite their original works in front of the crowd, and following the ceremony, there is an open house at the fire station and patriotic hot dog cookout.

Everyone attending may take part in the ceremony by helping cut up and properly retire flags that have been collected throughout the community. It’s an event the entire family can participate in.

Bring in your old flags