The Red and Blue BBQ Cook-Off is the brainchild of North Metro Firefighter/Engineer Mike Dawson, who wanted to do something to support first responders and their families facing difficult challenges. 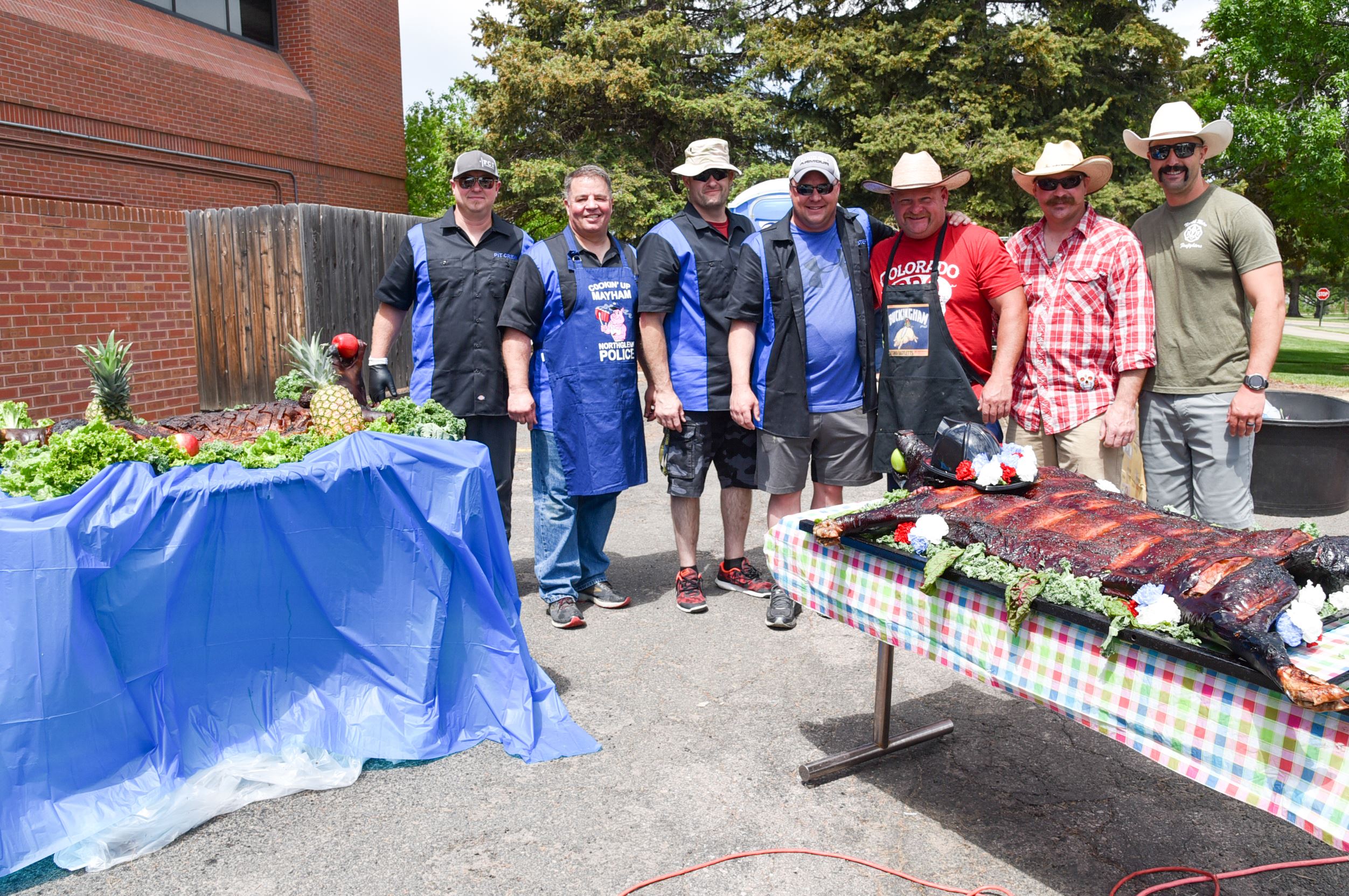 “I’ve hosted a pig roast at my farm for several years for fellow firefighters and friends. When I started watching cook-off shows on TV, it gave me the idea to expand my small pig roast into a community-wide event and competition,” said Dawson. “Seeing all of the tragic events that have impacted first responders in recent years, I thought it would be great if we could do something bigger to help out, and that’s where the Red and Blue BBQ Cook-Off started.”

Dawson is no stranger to the support that comes from the first responder community. In 2008, he was diagnosed with cancer, a disease firefighters have a much higher chance of contracting than the average population. Dawson immediately felt the strength and support from his fellow firefighters and police officers as he began down the journey of cancer treatment. He eventually beat the disease and continues to serve as a firefighter and engineer for North Metro Fire.

In 2018, Dawson’s vision turned into the Red and Blue BBQ Cook-Off, involving a friendly competition of pitmasters, a head-to-head pig roast battle between North Metro Fire Rescue District and the Northglenn Police Department, a day of live music and fun festivities. The first annual cook-off brought in over $8,500 that was donated to charities supporting first responders who have been killed or injured in the line of duty. Proceeds were split evenly between the Colorado Professional Firefighters Foundation and Colorado C.O.P.S. In 2019, the event more than doubled in size and nearly $20,000 was donated to charity.

Due to the ongoing Coronavirus pandemic, we have decided to postpone this year’s event to 2021. We look forward to having you all join us next year along with our co-hosts Adams County Sheriff’s Office, Thornton Fire Department and Thornton Police Department.

Thank You to Our 2019 Sponsors 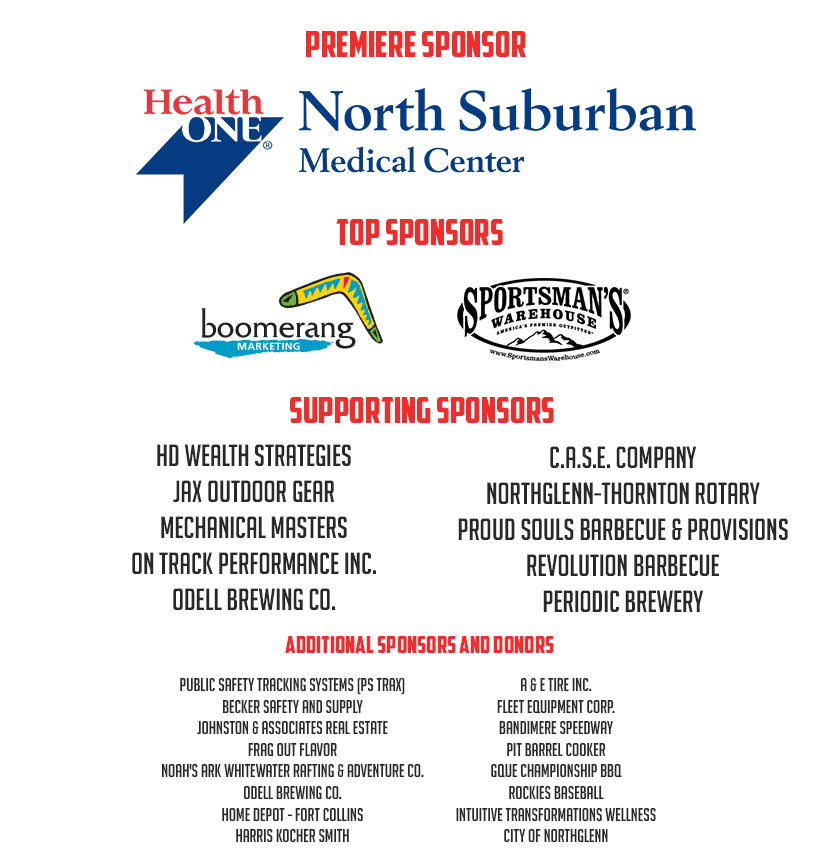